A congregation of The Free Methodist Church in Canada 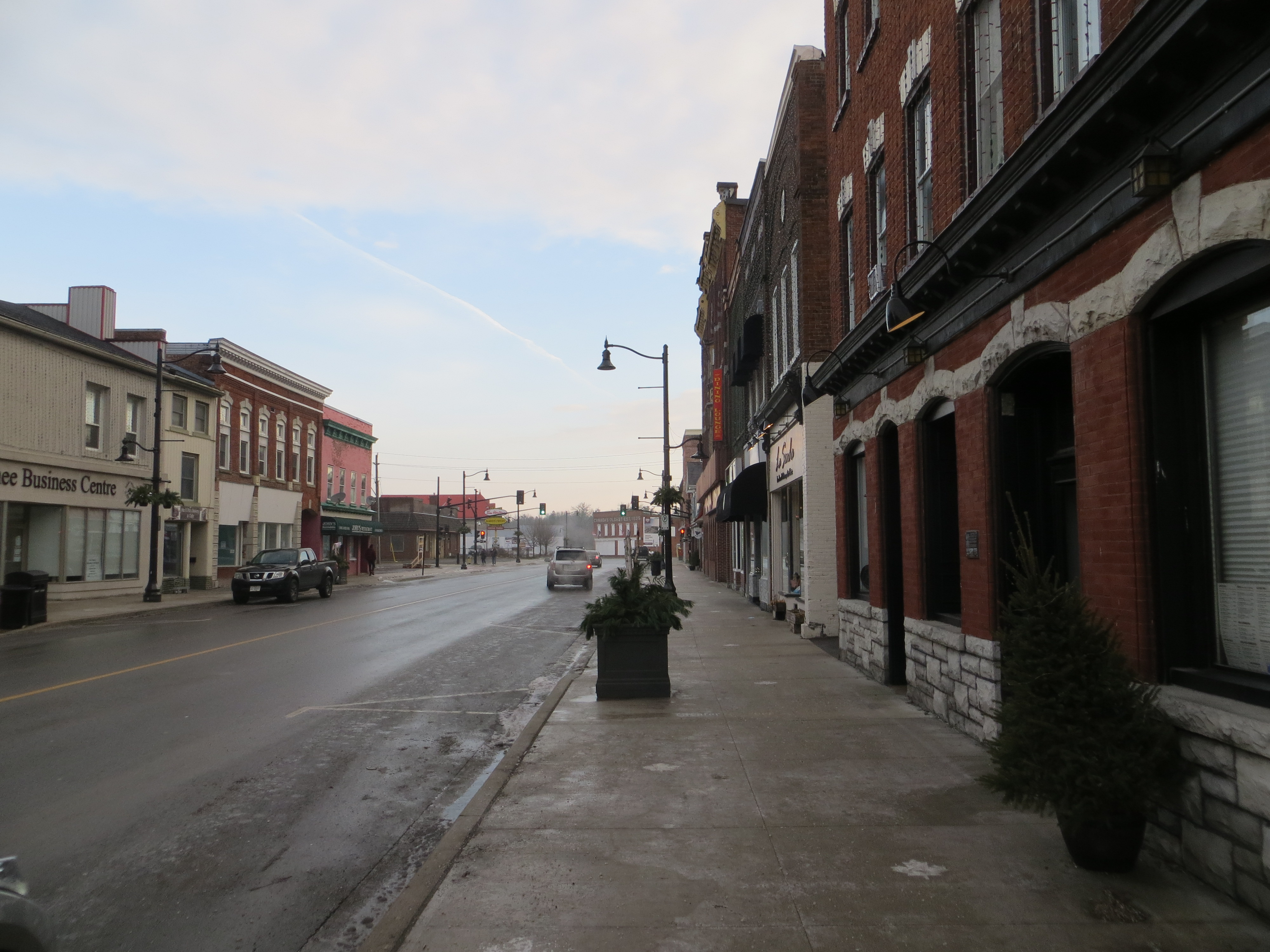 The ministry of Westdale Park Church began in 1925 as a Free Methodist Mission Church on Dundas St. It was started by two laymen, Mr. Hartman and Mr. Smith. Eugene Smith, a blacksmith from Odessa with a burden for lost souls, drove to Newburgh and Napanee to hold meetings in the early 1920’s.  It was through these meetings, some held in Springside Park, that enough people became interested and a society was formed in 1925. In those beginning years, the Free Methodist Church in Napanee had four locations on Dundas Street.

The Old Mission on Dundas Street was not in very good condition.  It was an old building and the roof leaked profusely. One winter when the minister’s wife came down to the church to get ready for the service, she found icicles hanging inside. The Superintendent told the congregation that the church would never expand if it stayed in that location.  For that reason, the people felt a desire to find another location. 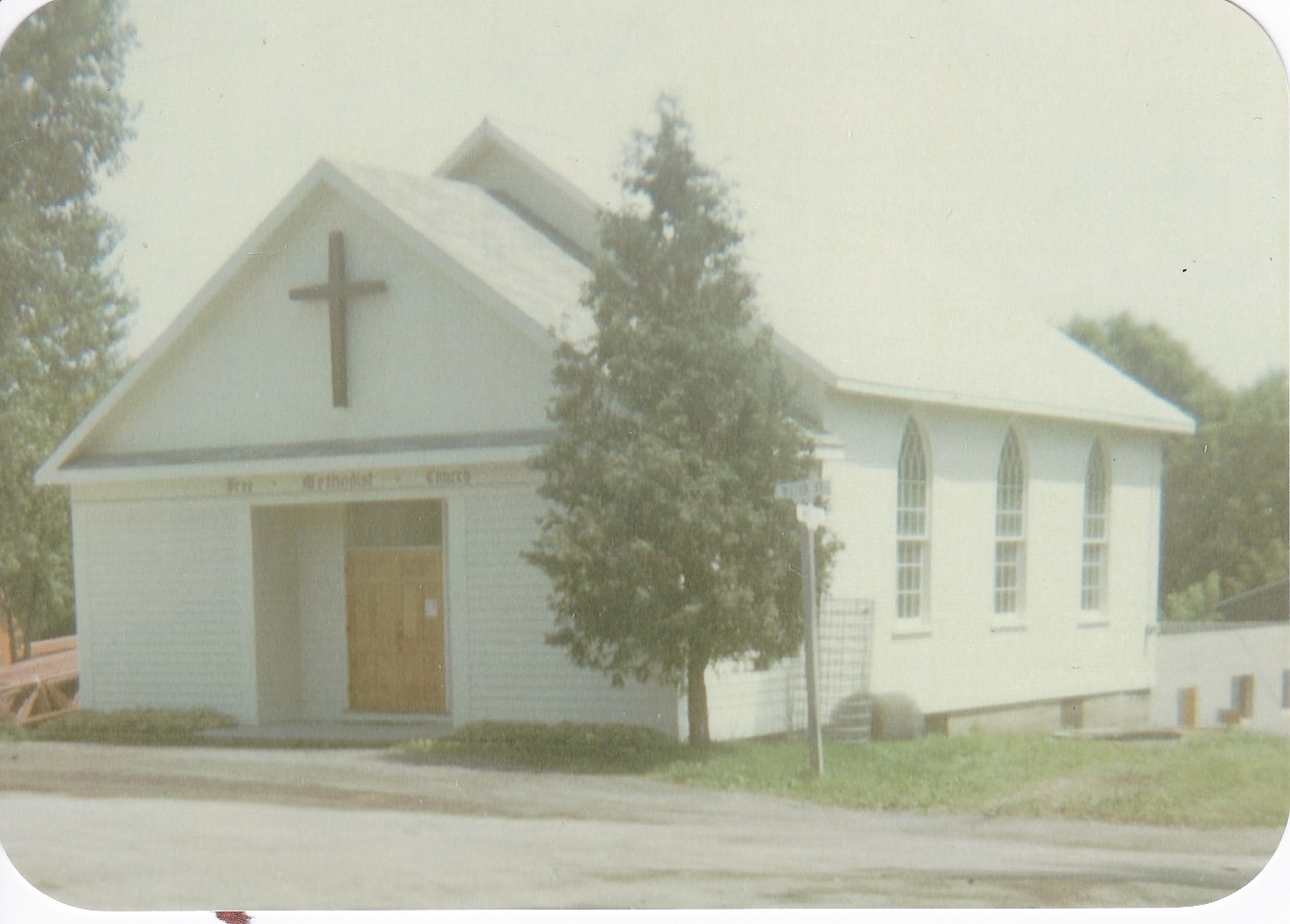 This time the church moved to 59 Water Street. (presently MorningStar Mission). In the spring of 1942, under the leadership of Rev. Martin, plans unfolded which led to a “new” church building.

While here, a group of young people from Kingston began coming to Napanee to help with the services.  They recognized the need for a new church and felt that God would provide.  Rev. Martin had seen a Presbyterian church for sale.  It was located north of Newburgh on the Camden Fifth near Wesley.  The people were asking $250.00 for the church and they were almost ready to sell it to be a barn.  The Napanee congregation did not have enough money to purchase the church. This need was mentioned to the young people at a rally in Kingston.

Shortly after this, about forty young people from Kingston came to Napanee for a service.  In this service they presented $250.00 to the people so they could buy the church.  Donations and pledges from the people that Sunday came to another $150.00.  Rev. Martin then saw some land at the corner of Water and West Streets for sale.  The land was bought for $150.10.

Rev. Martin tore down the old Presbyterian church board by board, and numbered each piece with coloured chalk so he would be able to reassemble it at the new location.  He then put the boards on a two-wheeled trailer towed behind his 1926 Ford Model A 4-cylinder car.  Some of the timbers were so long that he could hardly get around some corners on his way to Napanee.  The tin roof was also taken off and put back on in Napanee.  When it was painted, it looked like new.  The building project started in the summer of 1942 and took almost one year to complete. 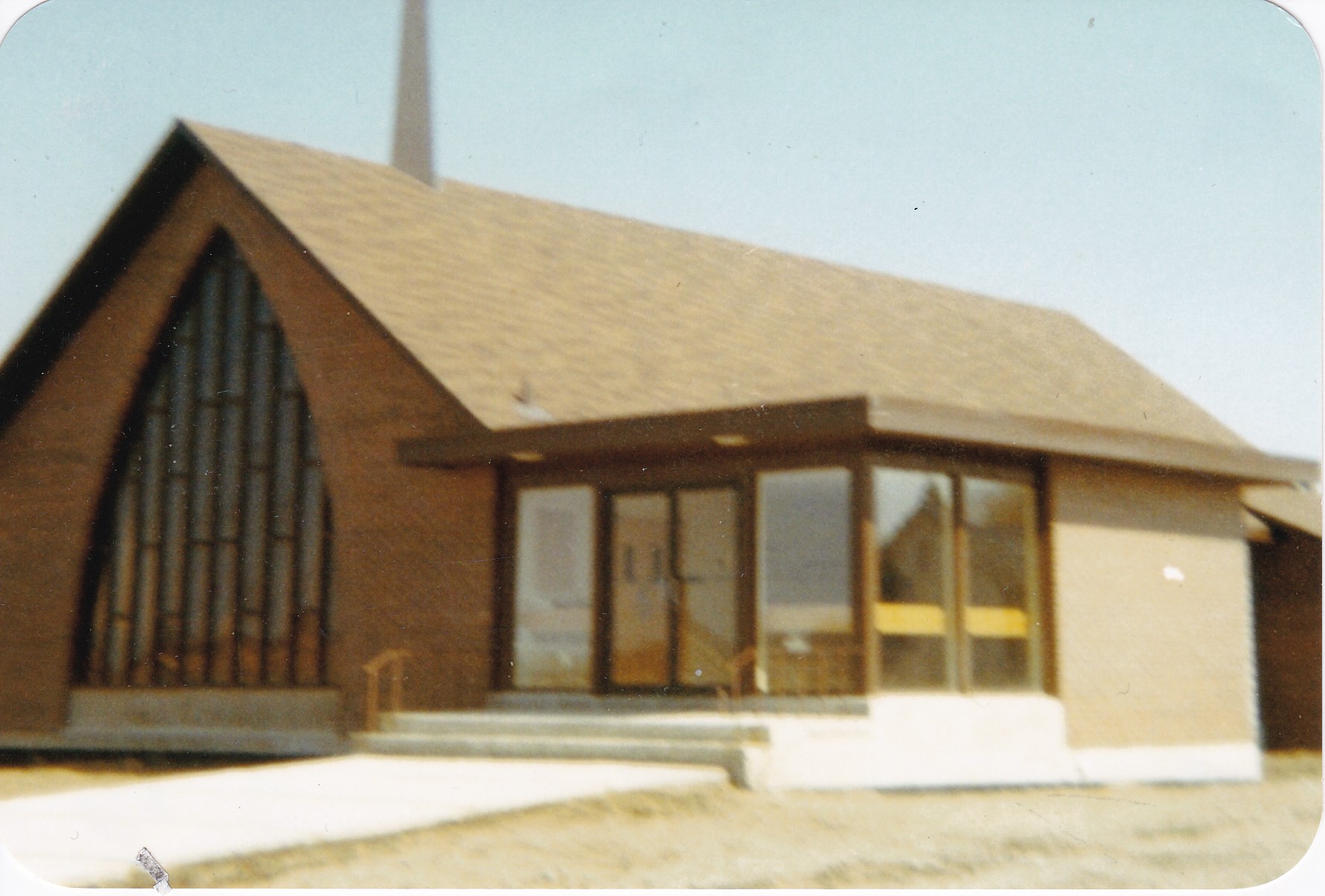 were talking of relocating again and in 1966 two lots were bought right across from the New County Hospital.  The ground-breaking for the larger new church, located at 7 Richmond Park Drive, took place on June 1, 1969. The official opening of Westdale Park Church was on November 30, 1969.  At the opening service in the new church the pews were full.  A quotation in the church bulletin stated “Welcome to the first service in this new church edifice.  Truly it is built by the love and sacrificial labours of this congregation.  It is not for ourselves but for the glory of God and for His service in the community, and through missionary projects for the world”.  The guest minister for this opening was Rev. Paul Johnston, newly appointed conference superintendent.

The dedication of the new church took place on May 17, 1970 with Dr. Myron F. Boyd, Chairman of the Board of Bishops, officiating the service.  The church was filled to capacity.  For the symbolic dedication, Rev. Johnston, Superintendent, presented a key to Ron Wales, representative of the Board of Trustees.  He in turn gave it over to Bishop Boyd who then placed it back on a Bible at the front of the church.  This Bible was the one used by Eugene Smith the local lay preacher who began the Free Methodist Church in Napanee as a mission in 1925.

Over and over again in the history of the Free Methodist Church in Napanee, it has been shown that if the Lord is in the expansion, He will put it in the hearts of the people and all will be well.  The mortgage for the new church was paid off in only six years and a debt retirement service was held on September 26, 1976.

Since that time, as the congregation grew, numerous additions and renovations have occurred over the years.  The sanctuary now seats 185, with removable seating to allow for versatility; there is accommodation for Sunday School, a Fellowship Hall, a Youth Loft, a Library and a wing housing the Administration Offices.